Learn English with the Beatles by Albert Braam 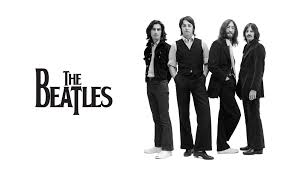 2. Listen to the song, while reading the lyrics again.

3. Read the lyrics aloud, alone or in pairs.

4. Speaking: Look at the lyrics. Ask and / or answer the following questions.

Work alone or with a partner. Don’t write anything down.

5. Listen to the song again and fill in the Gaps exercise.

2. What should he do with a sad song?

3. What should he remember?

7. What happens when he lets her under his skin

9. What shouldn't he carry upon his shoulders?

12.What shouldn't Jude do here?

13.What should he do now that he has found her?

14.What should he remember?

16.What should Jude do here?

19.What is on his shoulders?

Grammar:   You have found her: Present Perfect

Listen to and read about: Hey Jude

Writing:       Tell in your own words about the circumstances in which Paul wrote this song. Also mention what John had to say about this song. (see: Best Beatles songs nr 7)

Wikipedia     Karaoke      Translations of the song  Another lesson

"Hey Jude's" appeal is that it addresses universal human emotions. Though they led a cultural revolution through much of the 1960s, The Beatles rarely got political--even though one exception, "Revolution," was "Hey Jude's" B-side.

"This is The Beatles' greatest thing," Riley says. "They did not do many topical songs. The huge majority of Beatles songs are not tied to any specific moment in the '60s."

The song marked yet another kind of rebirth for the band. They had ended 1967 with "Magical Mystery Tour," a British TV special that, a few memorable songs aside, was widely dismissed as junk. The band retreated to India in 1968 and began work on the White Album. In the meantime they had one hit single, "Lady Madonna," which Riley calls "a trifle and something they could do with their left hand."

"Hey Jude" was completely different. It was essentially two songs in one, with a coda longer than the song proper. "'Hey Jude,' on paper, should not work," Riley says. "It's weirdly imbalanced. It's as if Beethoven wrote a concerto and the cadenza went on longer than the sonata." But The Beatles, and especially McCartney, made it work. The fadeout "is a new melody," but "he's Baryshnikov at the end, dancing all over the place. It's a tour de force. He goes from extreme intimacy to ecstatic shouting--wild euphoria--all in the span of a single track. The range is what separates it from every other vocal display."

The Beatles offered the classically trained orchestra players double pay to sing and clap along to the coda. All but one player agreed, recalls Norman Sheffield, co-owner of Trident Studios in London, where "Hey Jude" was recorded. "He was told to go home," Sheffield says. "McCartney said, 'If you don't want to do it, fuck off.'"

Because of its length, the song "was a beast to get on a 7-inch record," says Sheffield. He was convinced that radio disc jockeys would "chop it or play excerpts or little tricks with it." John Lennon was sure that they'd play the song in its entirety, and he was right.

"I knew it'd make a good record," Sheffield says, but "nobody said, 'This is a monster.' We didn't literally say, 'This is the best thing they have ever done.'"

"Hey Jude" was the longest song to enter the charts in the Top 10. By September, it hit No. 1 in the U.S., where it would remain for nine weeks, longer than any other Beatles song. Its power was such that, on its descent into the Top 30 in January 1969, it crossed paths with a rising hit: Wilson Pickett's cover of "Hey Jude."